I created Childs Farm as a solution to my daughters sensitive and eczema prone skin. Both my girls - Mimi and Bella -  inherited my sensitive skin, and it was in 2010 after another chronic flare up on baby Bella that I decided that I’d had enough, and as there wasn’t a readily available solution to care for her poorly skin I would create one myself - which is how the Childs Farm journey began.

Childs Farm is now the UK's No.1 baby and child toiletries brand; a rural based business in the Hampshire country side making natural, responsibly sourced and sustainable skin and hair care products for dry and sensitive skin. When I became peri-menopausal in my early 40’s it was the change in my skin that shocked me the most. I’d always had sensitive skin, but now I felt like everything from my washing powder to the weather was ganging up against me to make it even more sensitive, horribly dry and incredibly itchy.

To understand what happens to skin as we become peri-menopausal, follow this link.

Having created Childs Farm as a solution for my daughters sensitive skin I was lucky to be able to work with our in-house chemist Dr Lou to create something for my changing skin.

Together we set about finding the right ingredients that would soothe my newly super-sensitive and dry skin, and also calm, relieve and reduce the redness and irritation. I wanted something I could reach for when my skin was on fire and that would really make an instant difference to how it felt, and also how it looked.

We started work on Farmologie by Childs Farm moisturisers in 2017 and looked around for the best, high quality, natural, active ingredients, that were responsibly sourced and offered outstanding performance to add to our super-staples.

A consequence of becoming peri-menopausal is that our skin's lipid production slows down meaning there is less skin barrier protection and I needed something to counter the associated dryness, as well as to compensate for the collagen depletion that was affecting my skin's elasticity and suppleness due to my decreasing oestrogen levels. 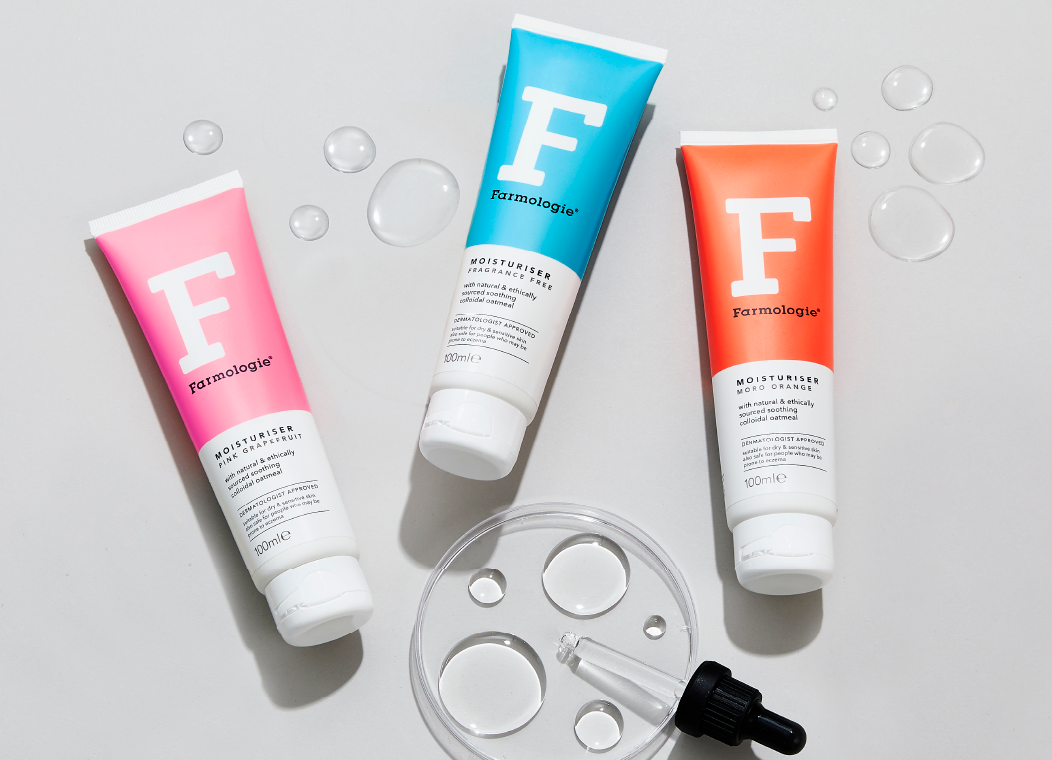 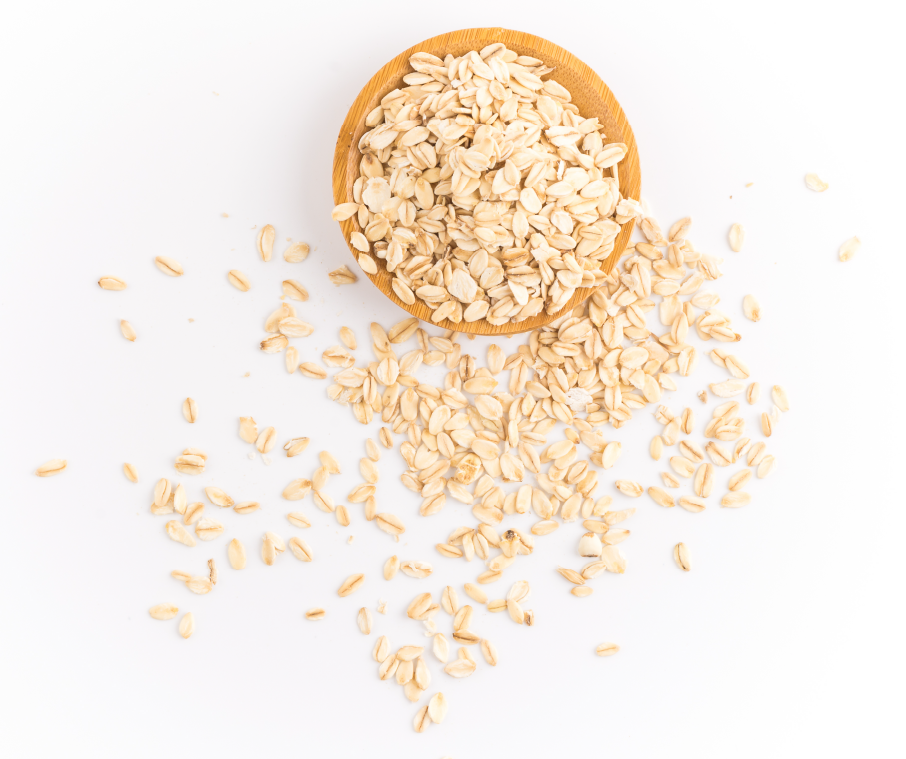 Oats have always been associated with soothing sore skin, and Dr Lou had found a local supplier not only of responsibly grown oats, but oats that were grown in such harsh conditions their beta-glucan levels were off the scale, making their ability to soothe and reduce redness in skin incredibly high through a ceramide rich formulation. Add to that Oat lipid to lock in moisture, and we had a perfect combination.

However, using colloidal oat presents another problem. Stick it in with the rest of the concoction, and it will sink to the bottom. Many leading brands deal with this by using a synthetic polymer to suspend the oats, but in such levels - around 10% of their ingredients - it would 'choke the oats' and negate their value. Dr Lou decided it was possible, and 47 versions later she managed to get a much lower level (below 1%) of polymer to work.

Bingo! The oats were now evenly distributed so every dollop could make a massive difference to my skin. The formula sunk in quickly and left me feeling nourished, not sticky, and frankly much more human.

We then extended this to washing and bathing products because I wanted my skin to feel fantastic in the shower and in the bath too; I wanted to feel the moisture in the water and on my skin at first use, like a direct hit of relief.

And I wanted to feel clean. The hormonal changes of being hot and cold, flustered and brain fogged made me irritable and my skin feel irritable, and I just wanted to wash it all away and be clean, calm and refreshed.

Fragrance is part of the Childs Farm DNA, so we stuck with two of our favourites - grapefruit and orange. Both non-irritant, and both so deliciously good you'll want to lick your own arm!

Uplifting and refreshing, not only does my skin feel fantastic, but smells fantastic too. My skin is now menopausal and feels sensational. My skin care and washing routines centre around the Farmologie by Childs Farm range, giving me back the skin I thought I had lost.

So if you suffer from dry, sensitive peri-menopausal or menopausal skin which is crying out for something with a bit more va-va-voom, and if you care about the planet and the products you use, plus want products that look good on your bathroom shelf, you've come to the right place! 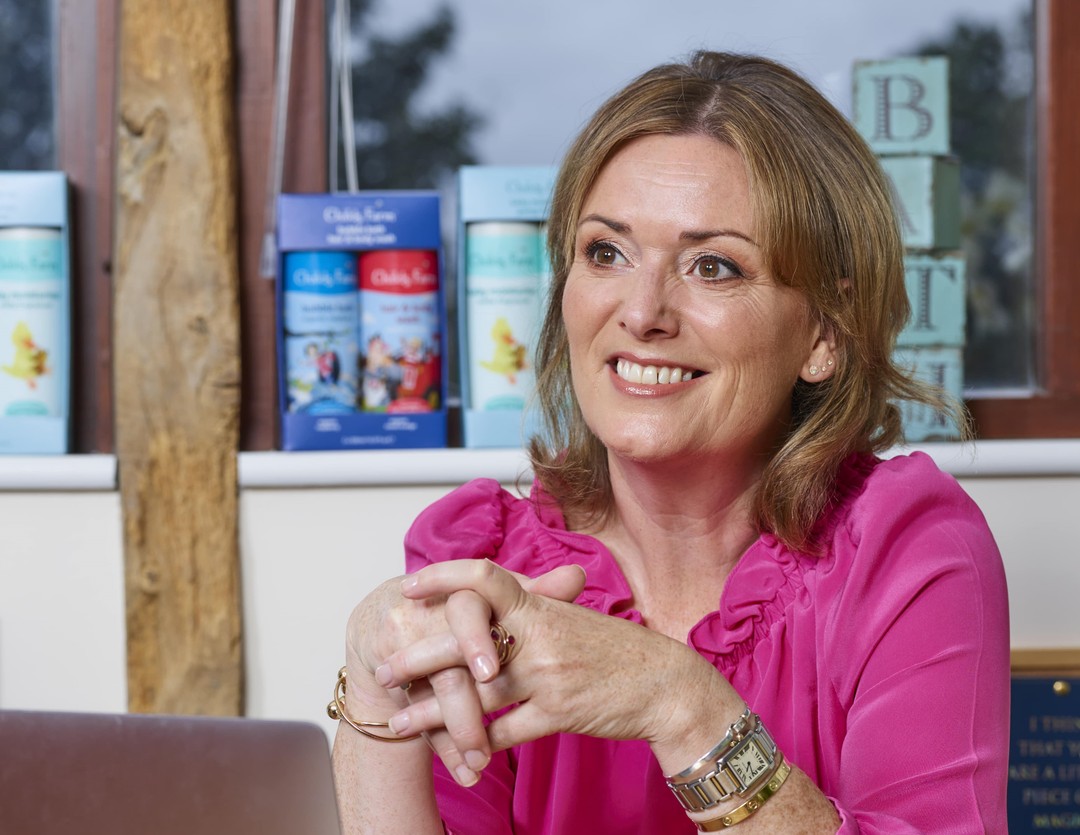